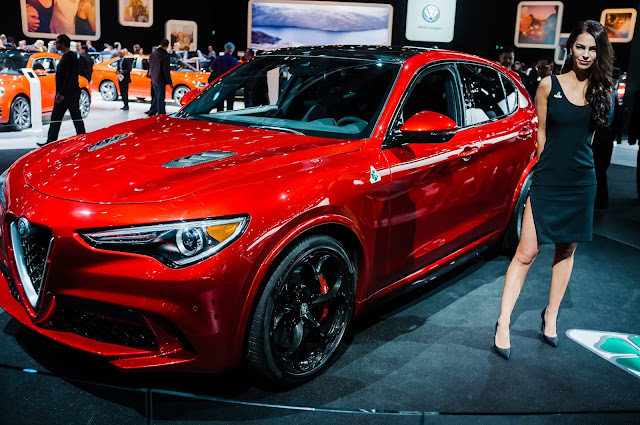 Working for a newspaper has definitely given me the opportunity to have some pretty interesting experiences that I otherwise wouldn't have the chance to do. Over the past three years, I've photographed numerous events that I wouldn't normally have been able to attend. I've also photographed from a helicopter in flight, photographed at Ford Field (twice), photographed the Governor of Michigan, and then President of the United States Barack Obama.

While the papers I work for concentrate on local stories around the Downriver and Dearborn areas, occasionally I get the opportunity to venture outside those areas to cover some pretty cool events! Today was one of those days......

I'm almost ashamed to admit that I've lived in this area for all of my 37 years on this planet, and I've never been to the auto show, so when my editor emailed and asked if I'd like to go I jumped at the chance.
Parking around Detroit was atrocious, of course. After more than an hour of wandering around the city, with all of my usual spots completely full, I ended up at the Ford Field parking garage, which was luckily open, and only $6 to park, a bargain in Detroit when an event is going on. A quick and very chilly walk to the Broadway station to board the People Mover and I was on my way to Cobo.

I should have gone on the "media only" days, Tuesday and Wednesday, but unfortunately I couldn't make it until this afternoon during the Executive Preview. Basically the place was packed wall to wall with very expensive suits, who crowded around all of the better cars with their cell phones happily snapping away. Unfortunately that meant it was difficult to get clean shots of the cars without 15 execs with their iPhones in the way.

Photographing the cars became a waiting game. I found my spot, framed my shot, prefocused and then waited for an opportunity. Sometimes people would notice I was waiting to shoot and kindly step back for me, but for the most part it was all about waiting for that 5 second window when the crowds would clear like Moses parting the Red Sea, and then quickly snap a shot before the suits came flooding back in.

Executive Preview also meant that many of the vendors were tired of talking to media, and were trying to impress as many execs as possible, so many didn't really want to answer my questions. A few even looked at my credentials to see if I was an executive, and when they noticed the word "Media" on my badge, they turned their backs and walked away. Oh well, such is life.


As expected, the auto show is a car lover's dream come true. While some of the high end auto makers such as Ferrari, Porsche and Aston Martin were noticeably absent (I really wanted to see a James Bond car), the usual suspects were all represented well. Each manufacturer showcased their highest end merchandise, displayed industry awards, highlighted their best technology, and dazzled onlookers with displays that even the highest end dealerships couldn't dream of being able to afford. As I wandered aimlessly through displays that cost more than I'll ever make in my lifetime, I tried my hardest to remember which of these manufacturers received money in the bailout? But I digress....

For those who are a bit nostalgic for the good old days, Ford brought back the original Bullitt Mustang. The 1968 390 fastback starred in one of the most famous car chase scenes in cinema history, driven by Steve McQueen in the 1968 film Bullitt. 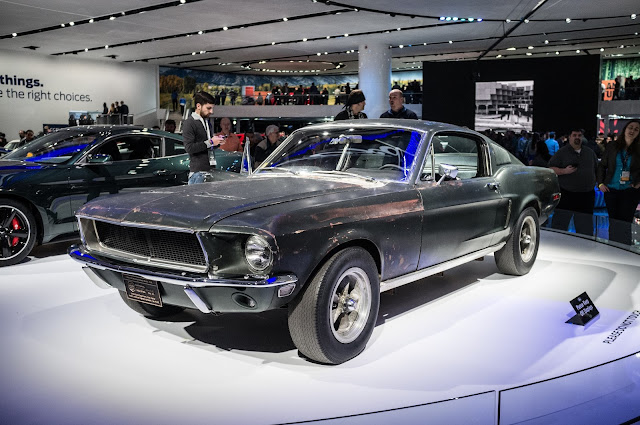 Within most of the manufacturers' displays, usually alongside their top model, was a spokesmodel. These lovely ladies were surprisingly well educated about the vehicles and manufacturers they had been hired to represent, and were able to spout out statistics and top features that would make the most devout car guys jealous. Many of the spokesmodels were hand selected locally, like Alyse Madej of Dearborn (Instagram @alysemadej), who stopped to chat with me alongside a very nice Alfa Romeo SUV.

While the majority of the auto show was focused on the cars, the lower level was all about technology, including many displays about artificial intelligence and autonomous driving technology. While many consumers are still skeptical about a car that can drive itself, many manufacturers are pushing forward with development of this new technology. While self driving cars will be out of reach for most consumers for a long time, as most wouldn't be able to pay six figures for their next car, some companies like Google and Dominoes are already testing autonomous cars out on the road. Eventually it will get to a point where a driverless car delivers your pizza (although I'm not completely sold on having to go outside in the snow to get it out of the car myself....hello pizza drones), and a driverless Uber may one day take you to the airport.

Another company is taking the autonomous Uber idea to the skies. Airspace X, based out of Detroit, is going to take an hour long commute, and turn it into a seven minute flight, and with zero emissions.

Their MOBi-ONE prototype has vertical takeoff and landing capability, a top speed of 250 mph, and would be able to take a payload of four passengers and a pilot from Cobo to Metro Airport in seven minutes, for about $35 a person. The aircraft would be electric, and fully autonomous, but would be crewed by a qualified pilot who could take over the controls is something went awry. The aircraft would fly in the airspace above 400 ft above ground level (above the max altitude for drones) but below 1000 ft (the minimum altitude for commercial air traffic). They have a 1/3 scale model of the craft on display at the auto show, but a company spokesperson commented that they would hopefully have a full sized version on display next year. 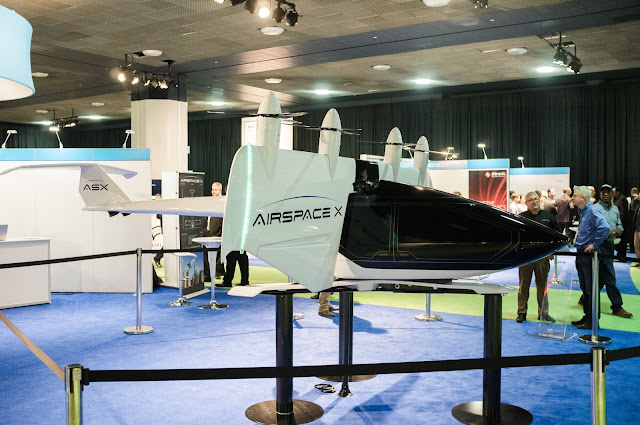 Overall, the auto show was an interesting experience, and I would definitely go again in the future if given the chance. Check out a gallery of my photos on my Facebook, and selected photos will be posted to my Instagram over the next few days. 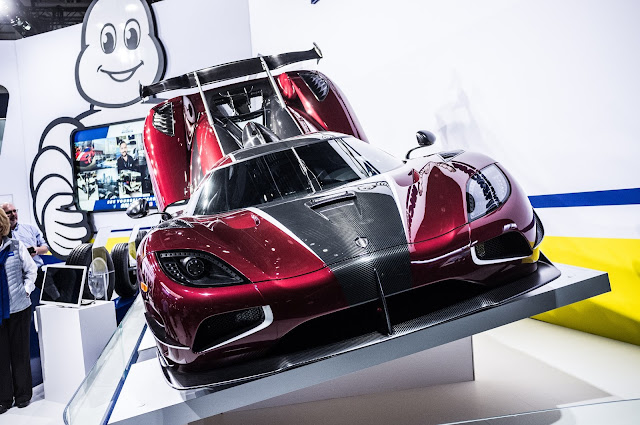 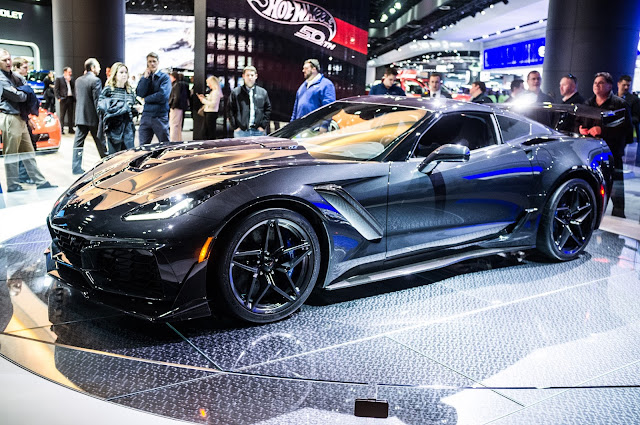 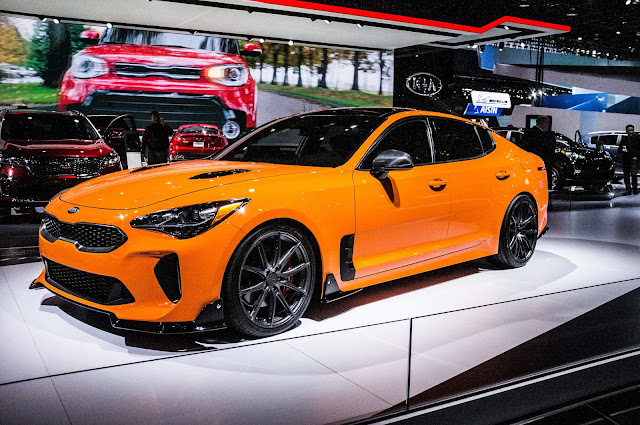 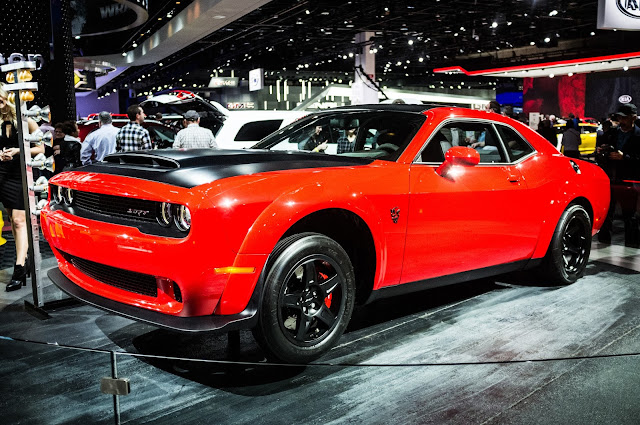 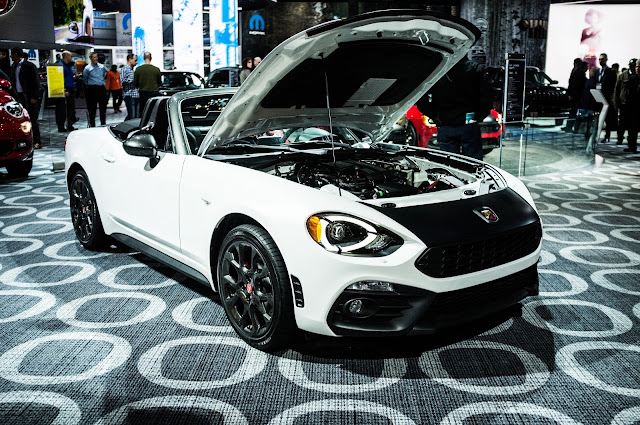 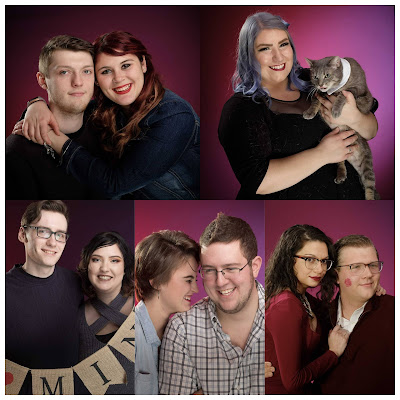 The Valentine's Contest has begun!! 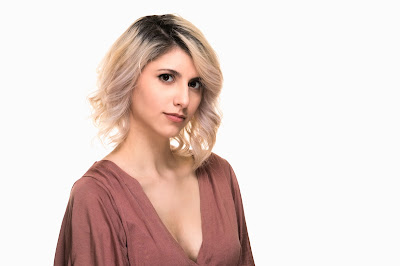 Do I really need a headshot?